Beer festivals are extremely popular social and community events in many parts of the world , but even more so in Germany and China . At these festivals a crowd of beers tents or beer halls are set up and beers company or others who can produce beer offers their products to the general public as well as to beer cognoscente . Most beer festivals also include food festivals and the Beer Exhibition in which the emphasis is on sampling or tasting . Awards are also given out for different beer categories and at the bigger festivals these awards have international recognition .

Chinese Beer Fests often be held in Harbin or Qingdao because they are famous for beer which named Harbin Beer and Qingdao Beer . Besides their local beer , they also invite German beer brewer or others from different districts . Meanwhile , delicious food and excellence performance is  absolutely necessary .

The other popular beer festivals that are held annually in Germany include the Schützenfest in Hanover and Bremen’s Freimarkt. All of these, as well as the major beer festivals in Munich and Stuttgart are seen as family and social gatherings. They are often referred to as festivals of the people or Volksfest in Germany. 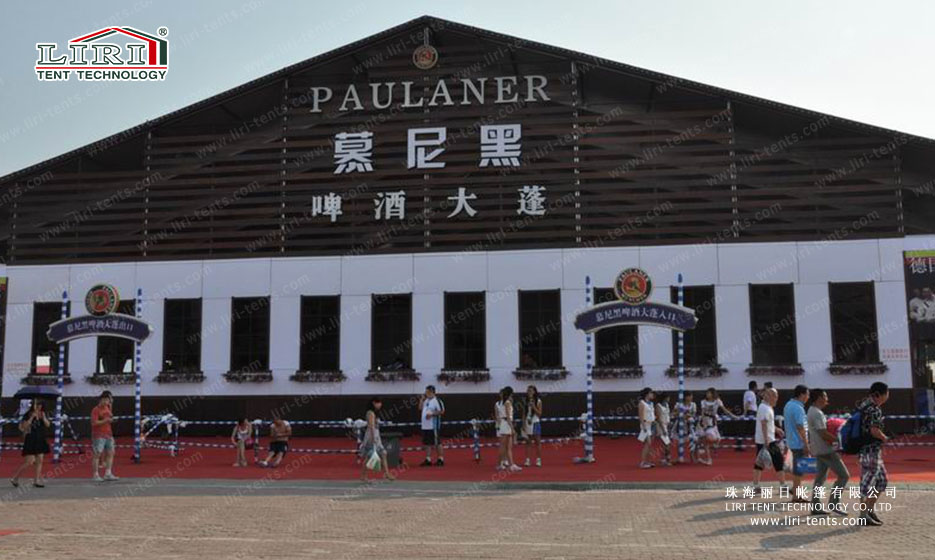 The tent shown on the wedsite is just a  small part of our tent products. We can offer you much more different kinds of  tents. Besides, we can customize the  tent according to your requirement.If  you are interested in our products,pls  feel free contact us.We can send you our catalog for free.